After a professional career that began in 1968—with seven years in radio and 20 as an ad agency writer/ producer/director—I had formed my own company in 1995. Katz Creative was a company of one. I figured I finally had a boss who would understand me.

I set myself up as a freelance writer for radio, television and long-form video. I could say with pride that I’d had a creative hand in well over 20,000 commercials and non-broadcast projects, and won a great many local, national and international awards. 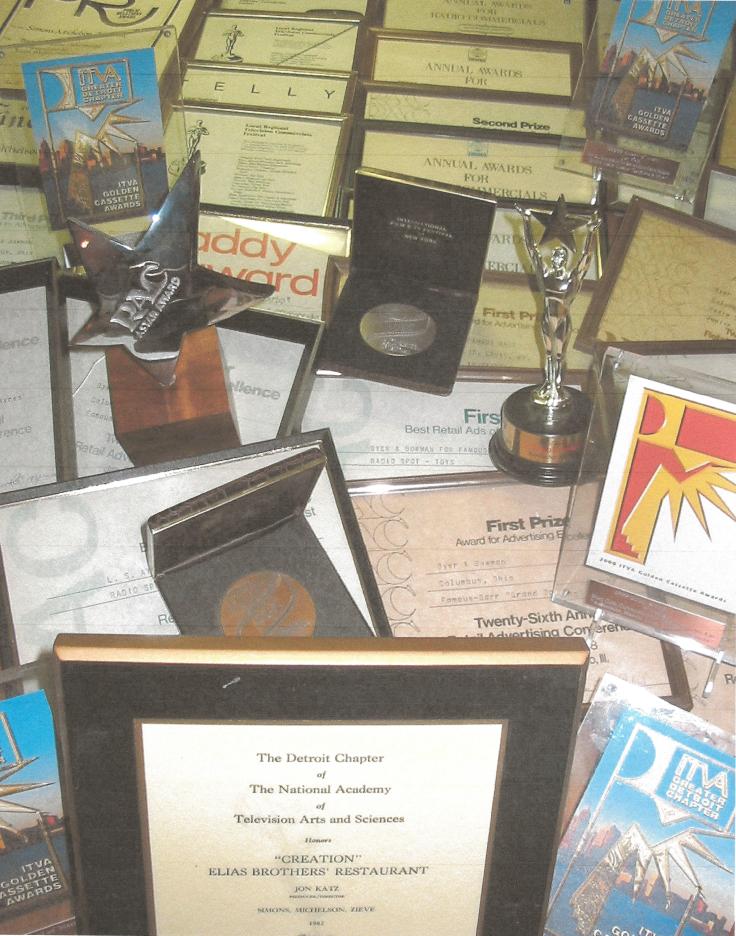 In going out for myself, however, I had two strikes against me.

I was a lousy salesperson. No, that’s too generous. I wasn’t a salesperson at all. I was a writer. Just give me the assignment and leave me alone. What I needed was a rep, a manager, an agent. But there were none of those between New York and Los Angeles—which Motown definitely was.

And I knew almost no one who could do me any good. Most ad agency people have their resumes back on the street as soon as they get their next job. I had stayed with one firm for 16 years—my entire duration in Detroit. I didn’t know my creative counterparts at the other agencies, nor the people who do the hiring. Let’s face it—I was being punished for my loyalty.

There were a few people who kept me afloat when I started KCI. Popular Detroit TV anchorman Mort Crim had formed a production company, and his producers gave me some interesting assignments.

A live show I wrote and directed for a local Anheuser-Busch distributors’ meeting included a quartet of Hooters girls brought in to liven things up.

“Everyday Heroes” won a 1999 Golden Cassette Award from the International Television Association. Mort Crim Communications (mccicorp.org) was the first to back my freelance career. I even got invited to Mort’s legendary Christmas parties!

Of the referrals I did get, the one that has lasted until this day was to graphic designer Kelly Callender (callendergraphics.com). He hired me to write and edit for PawStreet Marketing, which publishes The Paw Street Journal, a newsletter for veterinarian offices nationwide. This expanded into other print work. I continue to value Kelly’s business and friendship—and his fabulous design of KatzTales.com.

I also got a few nibbles as a voiceover artist, something I always enjoyed, and had almost 30 years behind the mic to offer. Veteran performer Paul Caplan and I worked together on a Fantasy Island-type promotion for Kmart, with me as Tattoo (“Boss! Dee plane! Dee plane!”) to Paul’s Ricardo Montalban. We got together again for a radio spot as Laurel & Hardy.

Taking my portfolio to ad agency and production company people with far less experience than me was necessary but depressing, and resulted in very little work. Before long, many of those firms went out of business, their creative people now on the street as my competition.

Auditioning for voiceover work was not done electronically from home the way it is now. You showed up in person at a talent agency and waited your turn with the others. That’s right—a cattle call.

And that’s what I did one afternoon in 1996. Campbell-Ewald, then a huge single-office ad agency in the Detroit area, put out a call for a male voice to do the opening line for a TV spot. The client was OfficeMax.

I arrived at the talent agency and sat with a dozen other men, many of whom had worked for me in my capacity as producer/director. Clearly, they wondered what I was doing there. I was handed a script. I stepped outside and called my wife.

“Cathy, this is such a waste of time,” I moaned. “All these other guys are big deep-throated announcers. I know most of ’em. I’ll never get this.”

My wife, an award-winning stage actress and comedienne, asked me to describe the script.

“Well look,” Cathy said, “if you can’t compete with those other announcers, then do your own thing. You’re a tenor, so do it as a tenor. All they can say is ‘Sorry, you’re not right.'”

I went in and did the reading with a voice somewhere between Maxwell Smart and Barney Fife. A few days later, the call came: I got the gig.

Score one for the wife!

I reported to the studio and only needed a few takes to nail the one line. Here’s the line, and the scene that eventually began the TV spot: 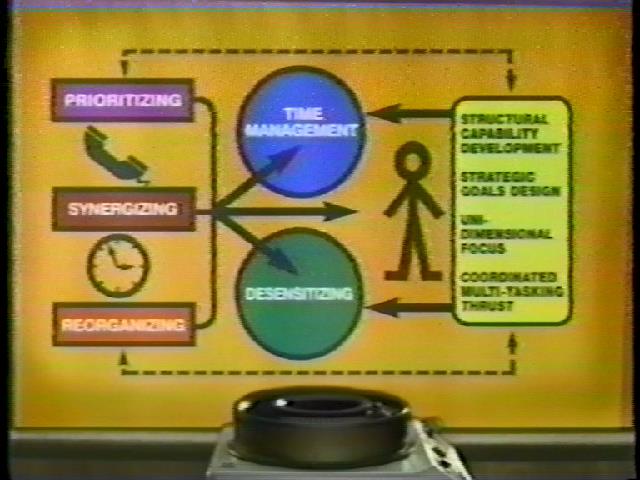 From there, the voice would fade out as the OfficeMax Announcer takes over to do the spiel.

A few weeks later I got my check from the Screen Actors Guild for the scale voiceover fee, which was in the neighborhood of $200.

As it was my first SAG job in many years, I also got a bill for my initiation fee and reinstatement dues, which were in the neighborhood of … $200.

There goes the neighborhood.

We saw the spot during a Detroit Pistons basketball broadcast. It was the OfficeMax “Stick Figure” promotion—maybe you remember. The Announcer was Richard Jeni, who was a pretty big stand-up comedian at the time. He played Jim Carrey’s buddy in The Mask.

My voice was on for the first six seconds of the spot. Take a look (PUSH PLAY BUTTON):

You’ve heard of residuals. Here’s how it works. After 13 weeks, if they’re still using the commercial they have to pay you for another “cycle,” plus additional “units” for wherever it’s being aired. And indeed, I got another check. Only this time, it was for the entire state of Michigan. So now, not only were the dues paid, but so was the electric bill.

A week later, I went to the mailbox and it was stuffed—stuffed!—with SAG envelopes, each with a checkee for Jonny for cities all over the country. That took care of a couple of mortgage payments.

And it didn’t end there! Thirteen weeks later, there was more—much more! OfficeMax integrated my one line into lots more spots, airing in lots more cities, so they had to send lots more checkees for Jonny!

And it didn’t end there! Thirteen weeks later, there were the same checks as from the previous cycle, but NOW they were running them on CABLE, TOO. Can I hear a Ka-CHING!?

A full year after the recording session, my six seconds were still on everywhere. The checks just kept on coming, and as a result, I qualified for two years of SAG health benefits—for the whole family!

When the party was finally over, those talent fees, plus the value of the health insurance, were into six figures. Six figures for six seconds.

That one gig—those six glorious seconds—saved me, my family and my business. We lived off it for a long time, and I finally made contacts that kept Katz Creative going.

The only downside: after the spots ran, we moved to a larger home—next to a Staples.